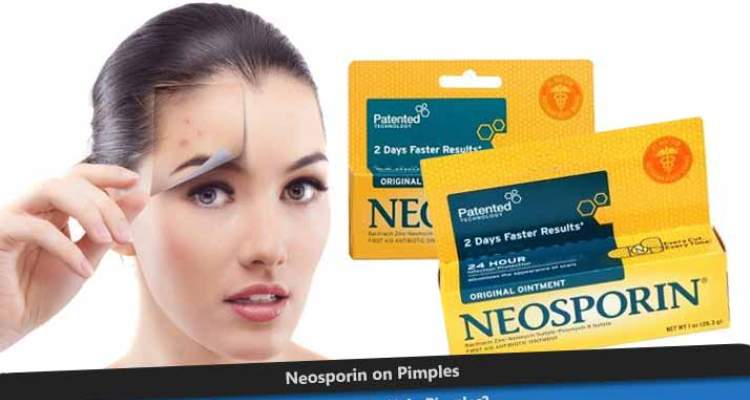 Neosporin Acne – How Well Does It Work For Acne Scars?

Neosporin is an antibiotic that is made of a petroleum jelly based, bacitracin, neomycin, and polymyxin-b. Neosporin acne treatments have been discussed in depth on the Internet. The question most people ask is, how well does it work for acne scars.

We know that acne is caused by bacteria, so most people would agree that any kind of antibiotic would work well to fight bacteria. For acne sufferers, the benefits of Neosporin are apparent. First, Neosporin eliminates acne-forming bacteria, increases healing time, and can reduce the overall appearance of scars. Second, due to its oil based nature, Neosporin does not dry the skin like benzoyl peroxide-based preparations. Third, Neosporin can be purchased over the counter in any local pharmacy, grocery store, or mega store and does not need a prescription.

Due to the fact that Neosporin is a strong antibiotic, it is recommended that it is used for no more than 7 days. Antibiotics when used over the long-term, tend to lose their effectiveness, and the individual using the product has the likelihood of becoming resistant to the antibiotic. Neosporin is best used for spot treatments on an intermittent basis, for instance, after the popping of a pimple, or when an small infected area is freshly exposed after a washing. The allure of reduced inflammation and increased wound healing would cause most people to use it more frequently, but caution must be taken when using this product.

Neosporin can kill everything from the bacteria called P. acnes that produces acne, but also the normal flora of the body that help your skin resist harmful bacteria. With extended use, there is a danger that your skin may develop resistance which could end up making you more vulnerable to serious infection down the road. Because of these issues, the daily use of a strong antibiotic like Neosporin is not recommended.

The only way that Neosporin will work for acne scarring is to be used on fresh breakouts. Old scars that have healed over time cannot be affected by Neosporin, so it is important to spot treat really bad pimples as soon as you can to prevent permanent scarring.

In summary, Neosporin acne treatments are great for management of acne with intermittent use only. Neosporin is a strong antibiotic and works well to fight infection, inflammation, and promotes healing. This answers the question, how well does it work for acne scars.

Myth Busted: Does Shaving Your Hair Make It Grow Back Darker & Thicker?

Skin Care Products To Have In Your Routine